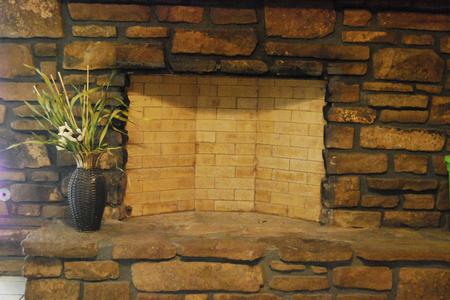 Above: This is an example of a Bellfires pre-cast close clearance fireplace. It is designed after Rumford's firebox with slight modifications. With this unit, no masonry chimney is needed and it can be added to almost any room. A Class A chimney is used. 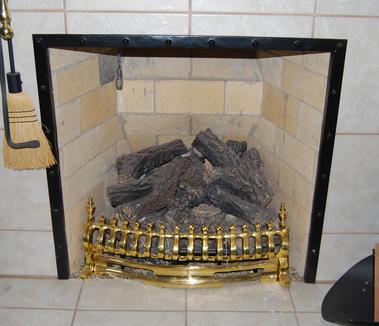 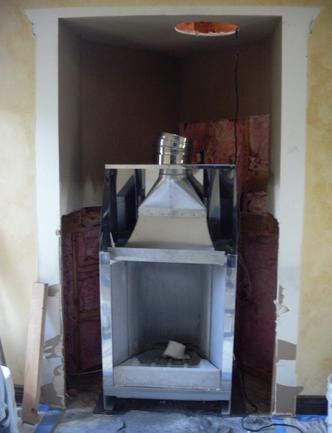 A method to modify existing fireplaces.

Rumford fireplaces have shallower depth, angled walls, smooth throat transition, and a
smaller flue than is required for a box fireplace.  It requires several modifications.

This style of fireplace is approximately 35—40% efficient.  Compare that to a regular box-style fireplace, which is ¯30% —+10% efficient, and you can see the huge difference in heating ability.
Visit www.rumford.com for more information.

Count Benjamin Thomas Rumford designed a fireplace in the 1700s that creates much more heat than a regular “box” style fireplace, so less heat is wasted up the chimney, and more heat is reflected into the room.

We can build a new Rumford fireplace or “Rumfordize” an existing fireplace for you.  Rumfordizing a fireplace is a solution to several problems, such as flues or smoke chambers that are too small to work properly with a fireplace that is too large for the flue, or for shallow depth fireplaces.

Count Rumford, for whom the Rumford fireplace is named, was born in Woburn, Massachusetts in 1753.  He moved to Britain in 1776 during stressful war time.  Rumford is known primarily for the work he did on the nature of heat.  Back in England, Rumford applied his knowledge of heat to the improvement of industrial and residential fireplaces at the request of the Royal Family, who was concerned about The diminishing Black Forest. Rumford designed fireplaces that are shallower and narrower, with widely angled covings so they would radiate better. And he streamlined the throat, so as to "remove those local hindrances which forcibly prevent the smoke from following its natural tendency to go up the chimney..." Rumford wrote two essays detailing his improvements on fireplaces in 1796 and in 1798. He was well known and widely read in his lifetime, an shortly after his modifications his "Rumford fireplace" became state of the art worldwide. The book The Forgotten Art of Building a Good Fireplace by Vrest Orton has detailed information on the Rumford design. Rumford fireplaces were common from 1796, when Count Rumford first wrote about them, until about 1850. Jefferson had them built at Monticello, and Thoreau listed them among the modern conveniences that everyone took for granted. There are still many original Rumford fireplaces - often buried behind newer renovations-throughout the country.  Many are still in use in the U.S., U.K. and Europe. 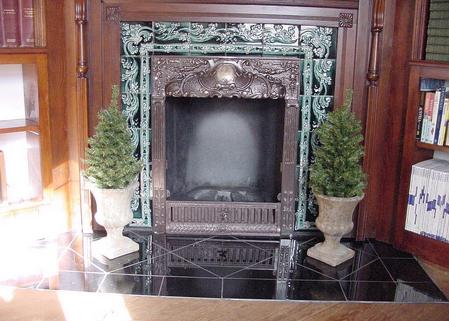 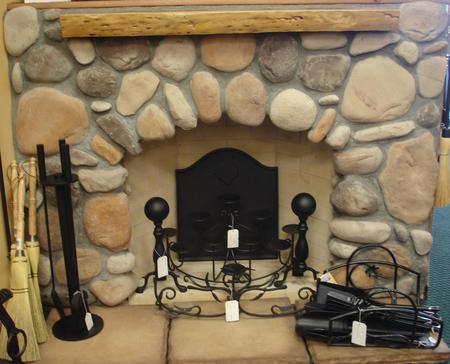 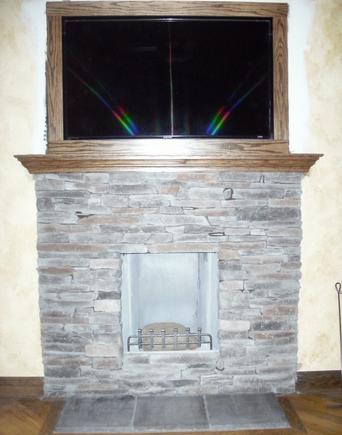 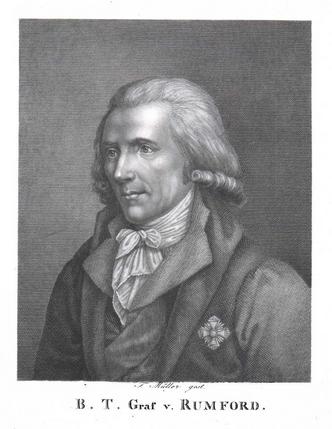 A Prior Fire Fireplace built by Gene Padgitt

This design increases the heat output of a Rumford. Designed by Chris Prior. 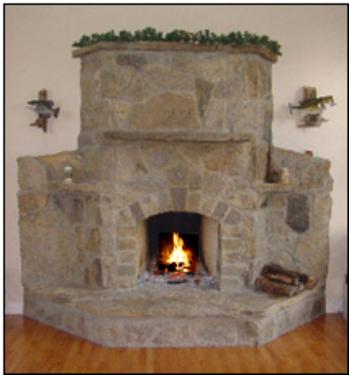 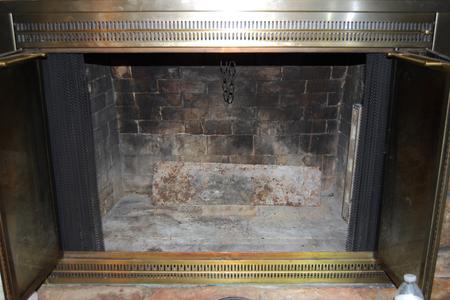 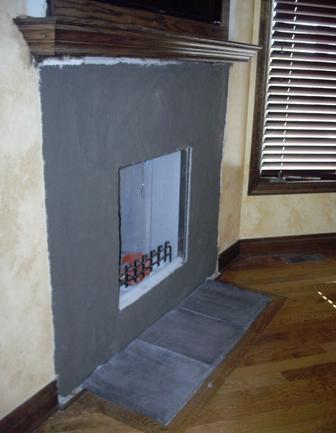 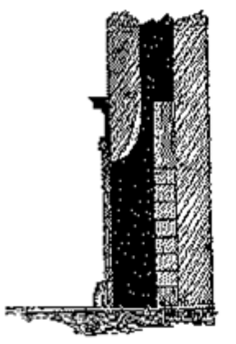 If you are interested in adding one of these types of fireplace to your home please contact us to set a time for a consultation.